From the 21st to the 28th March 2019, about 200 students from St Elias College participated in Prayer Spaces which were set up at Dar tat-Talb Lunzjata, a Carmelite retreat house in the middle of the beautiful countryside in Rabat.

On arrival, students were given a coloured domino which led them to an introductory video song activity built around Fr Robert Galea’ s single Dominoes, sung in collaboration with Ira Losco.
The song is about how life can break us into a million pieces and how we are all broken in some way or another, “but when our brokenness comes together and we surrender to love, then we become a work of art”. The beautiful introduction led by Fr Reuben prompted students to share their thoughts and reflections about a particular verse or word which they liked from the song.

Students, later on, had the opportunity to pray and reflect on ten different prayer spaces which were set up on two different floors in the retreat house. Below are some prayer spaces.

Various Carmelite friars accompanied students every day to offer the sacrament of reconciliation to students who felt the need to confess.

This was followed by moments of silence in the chapel. Bible books were also available in the chapel for students to read and reflect on a Bible passage.

Amongst the prayer spaces, the ‘Passi ta’ Skoperta’ prayer space, was set up where students listened to a reflective and interactive walkthrough with the prophet Elijah. 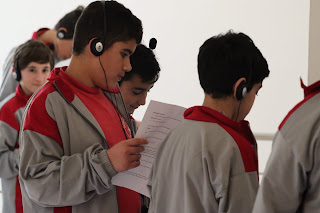 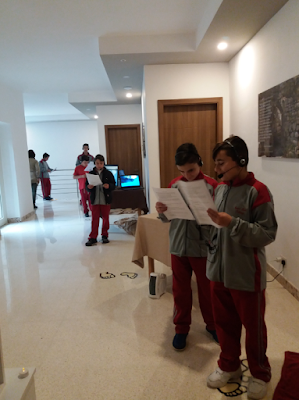 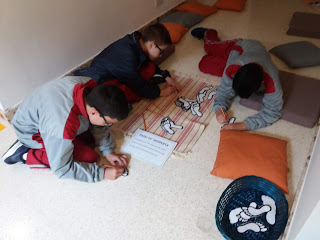 Towards the end of the half-day prayer exercises, students said that they particularly loved the journey with prophet Elijah and the moments of silence in the chapel.
We thank God as we ask him to bless all students, educators and Fr Jurgen Cucciardi rector at St Elias College. Thanks also to Fr Ivan Scicluna OC and other Carmelite friars who accompanied students every day through the sacrament of reconciliation and Mr Fabio Borg who helped in the planning and preparing of resources. Do you care about COP26?