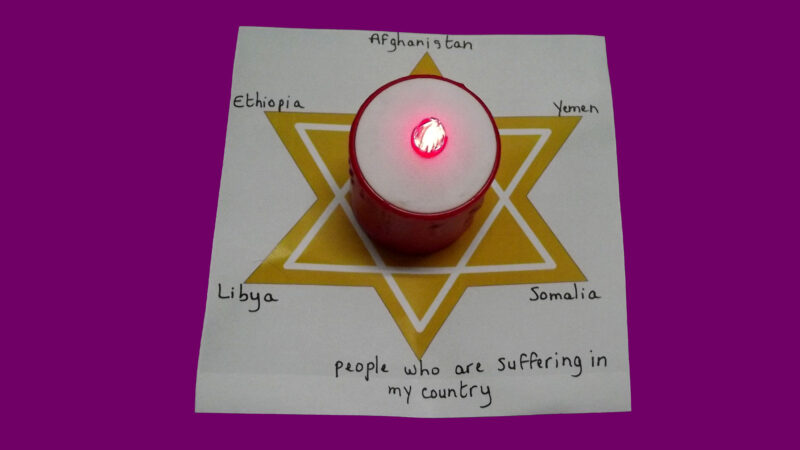 Equipment: a battery-powered candle, two sheets of yellow paper cut into triangles, a yellow crayon or pencil, a pen or pencil

Sometimes we hear news of wars and violence in countries around the world and we realise that many people are suffering and living in terror. During World War II, Anne Frank, a thirteen-year-old Jewish-German teenager, felt shocked and saddened by the death and imprisonment of 6 million Jews known as the Shoah. Anne was also a victim of this merciless killing yet today she is a symbol of unity to people of all nations, races, gender and religion. Her messages to hope and fight for freedom are immortalized in her famous diary. She encourages us to fight against discrimination, war, prejudice and oppression in the world today. Let us make a Star of David, which represents the suffering of the Jewish people, to pray for all those who are suffering in the world today. 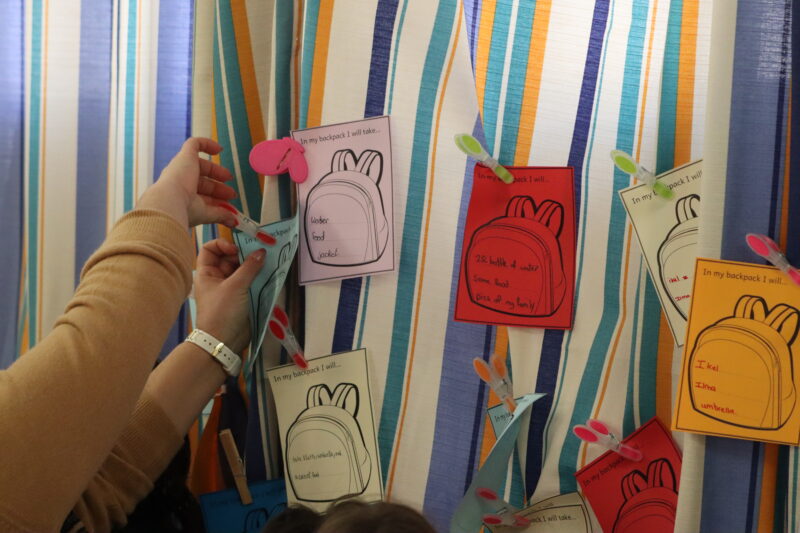 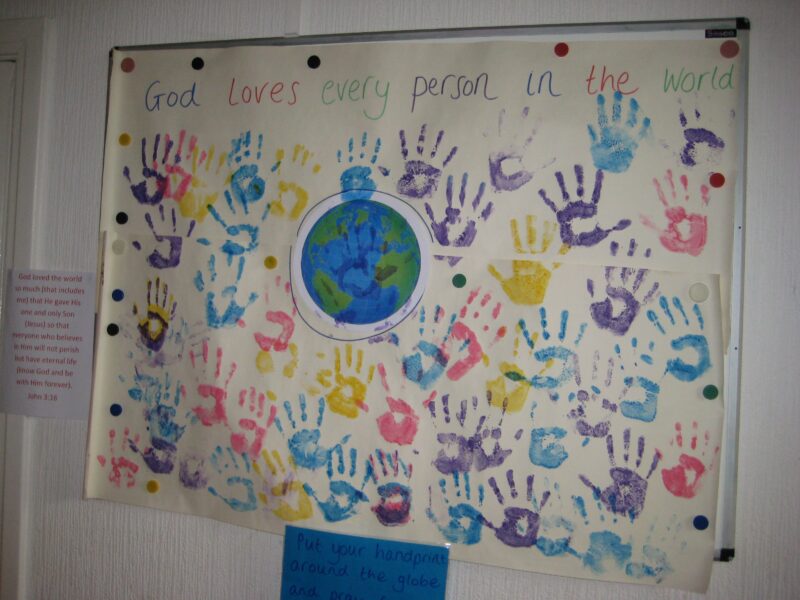 People in the World 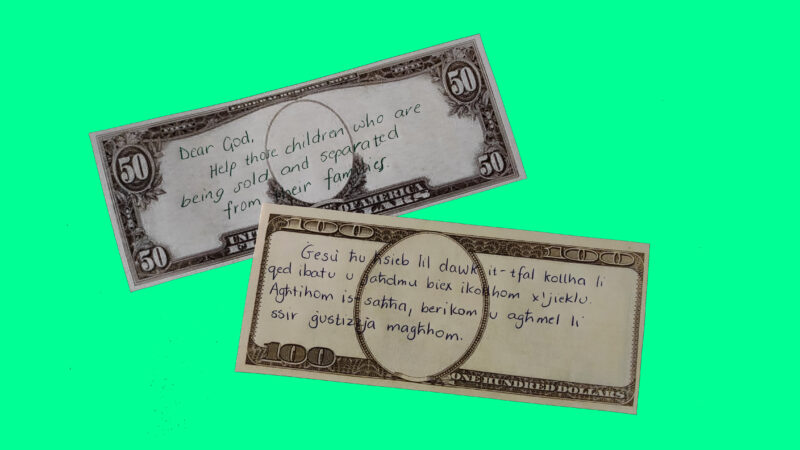